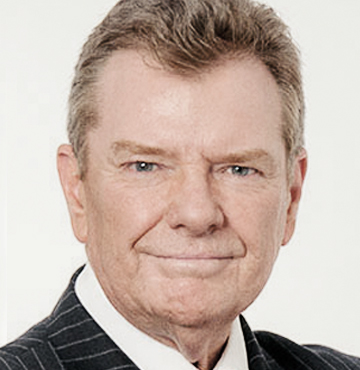 Brian is Chairman and Founder of Oxford Leadership.

“Brian Bacon is a world class speaker, but most of all he demonstrates by his own example a higher level of commitment and dedication to his work than what is commonly found. Over the years he has been a tremendous source of inspiration to McDonald’s throughout the world.”

“Brian Bacon, as special advisor to the President, provided our leaders with essential tools and techniques for focusing on the right things and the will power necessary to tackle the immense challenges this government faced when assuming office.”

Ramón Muñoz Chief of Staff - Office of the President, Government of Mexico

Brian’s core expertise – accelerating sustainable business performance – is based on his experience in over 30 global business turnarounds. For 25 years he has been a leading consultant to the Boards and C-Suite of numerous multinational corporations including Unilever, Electrolux, Telefónica, BP, AkzoNobel, Ericsson, Barclays, McDonald’s, HSBC, Metro AG, BASF, NXP Semiconductors, GE, and Volvo. Brian is the creator of one of the world’s most successful leadership development programs with over 200,000 alumni from more than 90 countries. He is a celebrated speaker on the international circuit on the subjects of leadership, intuitive intelligence, and the acceleration of business performance.

Brian has been an advisor in leadership to the UN Secretary General and several Heads of State. He was an advisor to NATO and the Swedish Government for almost two decades and guided the modernization of the Swedish Ministry of Foreign Affairs. He was a senior international advisor to Mexican President Vicente Fox from 2000-2006 and is a recipient of the Presidential INNOVA award for his contribution to the Mexican Government. He is a former President of the World Business Academy in Washington; a visiting scholar at the International Institute of Labour Studies in Geneva; and a member of the EU international think tank on Social Cohesion.

How can we help you?

Discover how Oxford Leadership and our partners can help your people, their
teams and your whole organisation to unlock the power of purpose.